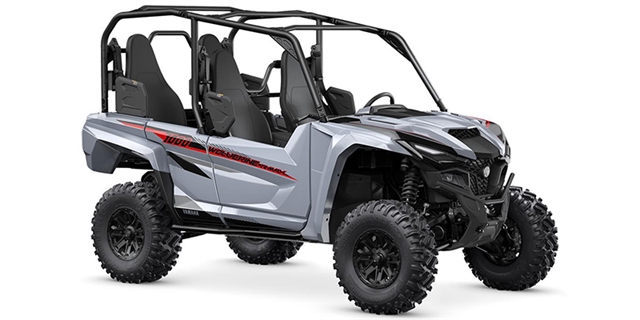 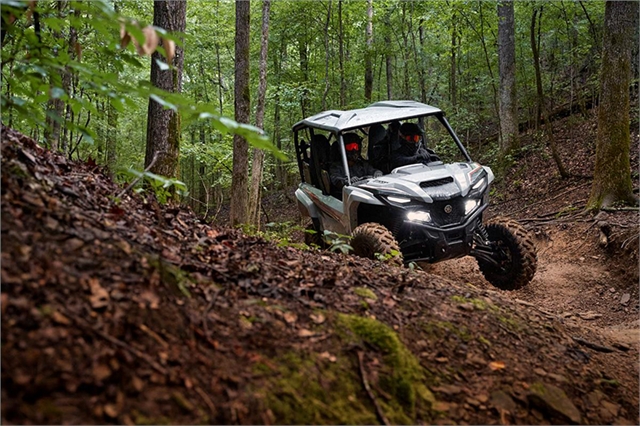 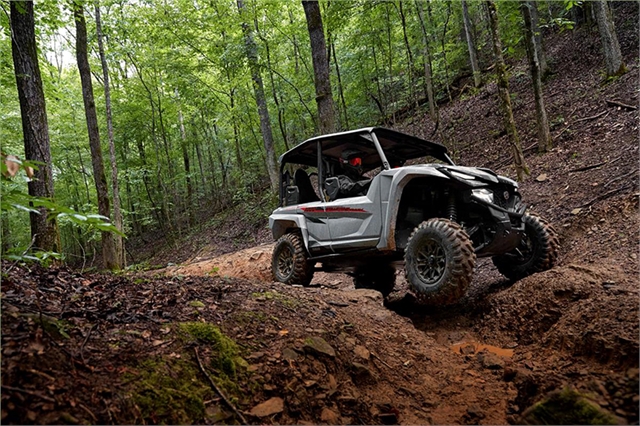 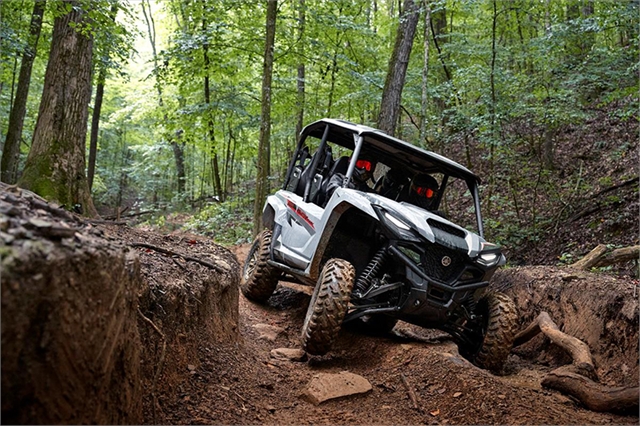 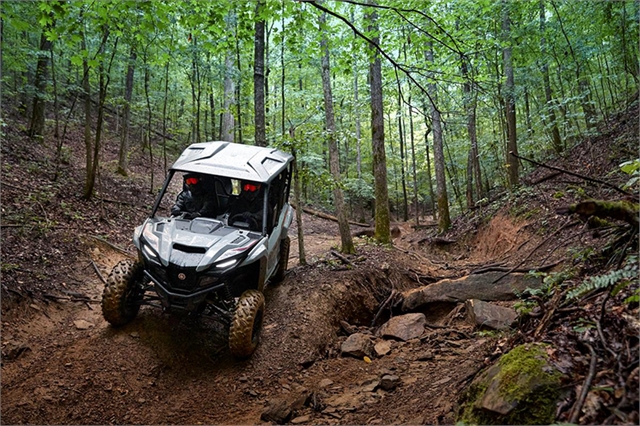 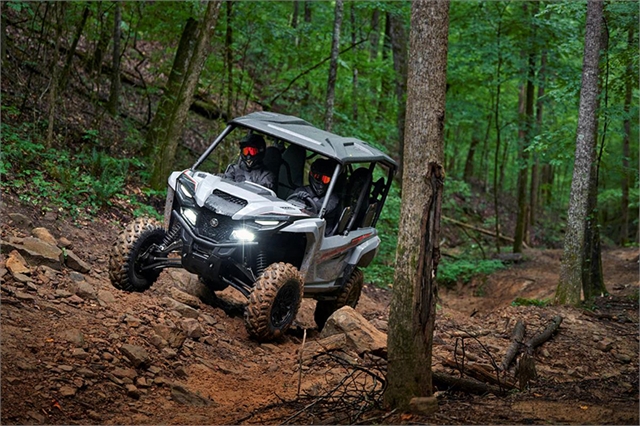 Versatility for Cargo
The Wolverine® RMAX™4 1000 is one of the most versatile machines in the two-row side-by-side market. In addition to its ability to comfortably seat one, two, three or four adults, including cargo, the Wolverine RMAX4 1000 features an ingenious storage system for cargo flexibility. By folding and sliding the rear seats forward, the rear area expands and securely transports up to 600 pounds of cargo with its multiple steel tie-down points. The Wolverine RMAX4 1000 also features a built in 2-inch receiver to tow a full 2,000 pounds when needed.

An Imposing Figure with Next Generation Style
The Wolverine RMAX4 1000 wraps next-level capability with an imposing stance, highlighted by aggressive front end styling and rugged tires. The all-new stealthy front LED headlights and "evil eye" marker lights give this new generation a distinctive look on the trail, and the LED taillight, brake light, and reverse light provide added visibility. With its eye-catching colors, the Wolverine RMAX4 1000's appearance is only rivaled by its own trail-dominating performance.

Advanced, Comfort-Focused Suspension
The all-new advanced and heavy-duty suspension is designed to provide maximum articulation in low speed situations, a balanced ride feeling when trail riding, and the highest level of bottoming resistance with a higher speed damping feel when maneuvering the Wolverine RMAX4 1000. The wide-arc A-arms paired with the FOX® 2.0 QS3 shocks deliver 14.2-inches of travel up front and 13.3-inches of travel in the rear. The new FOX® 2.0 QS3 shocks can be easily switched, without tools, between three custom positions to enhance comfort during relaxed driving, increase damping for normal trail riding and maximize damping during sport driving.

Roomy Four-Person Cabin
The Wolverine RMAX4 1000 offers comfortable, secure seating for four full-sized adults with comfortable handholds and six-position seat belts for each seat. The second row is raised for excellent visibility, so everyone gets a great view of their surroundings.